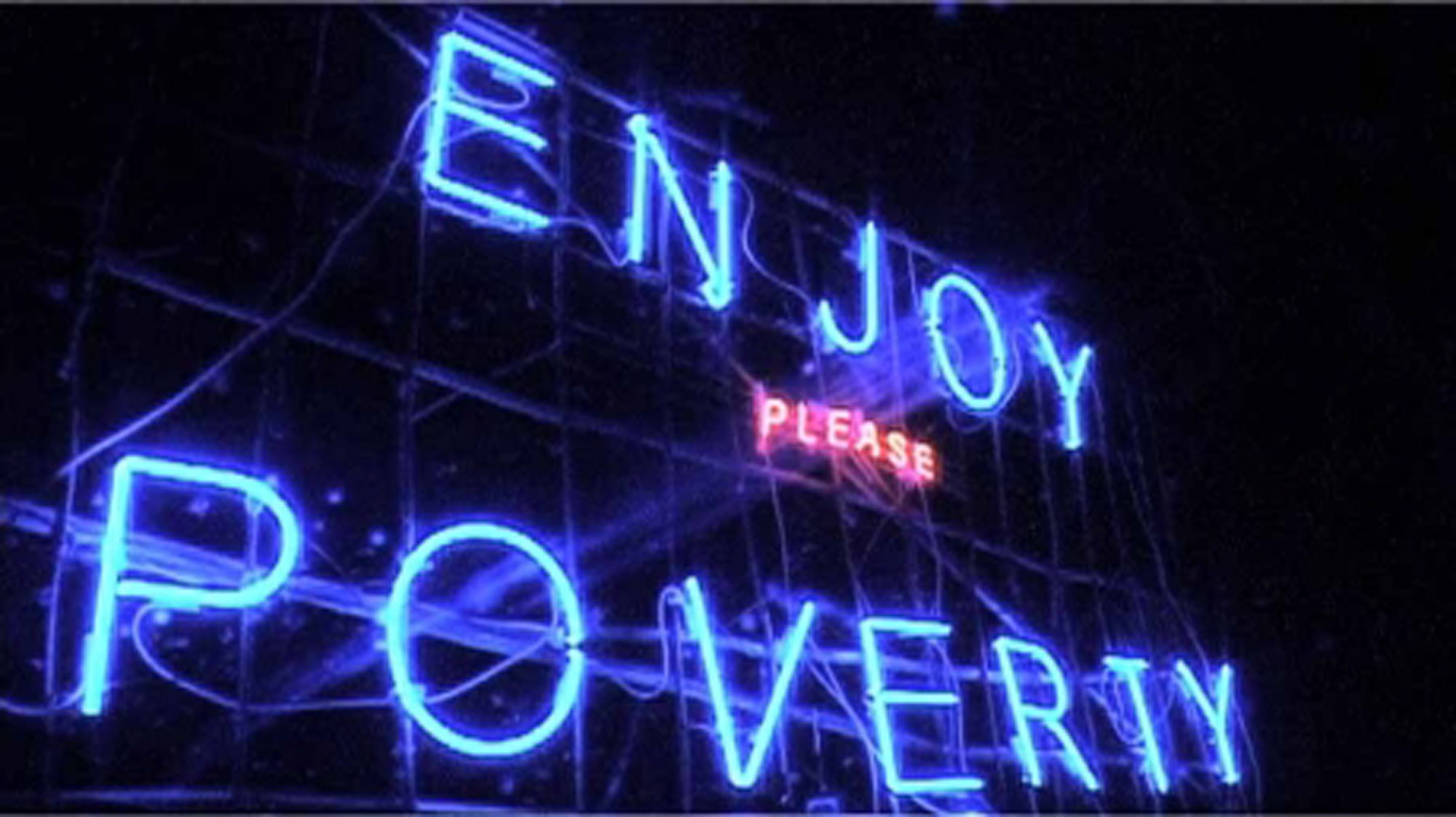 Episode III, also known as ‘Enjoy Poverty’, is the 90 minute film registration of Renzo Martens’ activities in the Congo. In an epic journey, the film establishes that images of poverty are the Congo’s most lucrative export, generating more revenue than traditional exports like gold, diamonds, or cocoa. However, just as with these traditional exports, those that provide the raw material: the poor being filmed, hardly benefit from it at all.

Amidst ethnic war and relentless economic exploitation, Martens sets up an emancipation program that aims to teach the poor how to benefit from their biggest resource: poverty. Thus, Congolese photographers are encouraged to move on from development-hindering activities, such as photographing weddings and parties, and to start taking images of war and disaster. With a neon sign, packed in metal crates and carried through the jungle by Martens’ porters, the local population is encouraged to capitalize on what the world has given them as their share. It states ‘Enjoy Poverty.’ Hapless plantation workers question it, accept it, dance around it, yet in the end, the whole project seems bound to fail.

The piece is the third in a series of films that, by enacting their own parameters, try to make visible their own complicity in a world obscured by depictions of it. The first of this series was ‘Episode I’ set in Chechnya.

Episode III was first shown at the Stedelijk Museum Bureau Amsterdam. The trunks that were carried throughout the jungle, now contained the master-tape of these activities, some left over neon lights, a photograph made in collaboration with the Association des Photographes de Kanyabayonga, and a certificate. The film was screened a few times daily.

On the very same day, the piece served as the opening night film the Amsterdam International Documentary Festival’s 2008 edition. Ever since, the film has been shown in over 40 filmfestivals, art venues including Centre Pompidou, ZKM Karlsruhe, Kunsthalle Goteborg, Tate Modern, Arnolfini Bristol, The BOX LA, Nomas Foundation and art biennals such as the Moscow Biennal, Berlin Biennal and Manifesta.