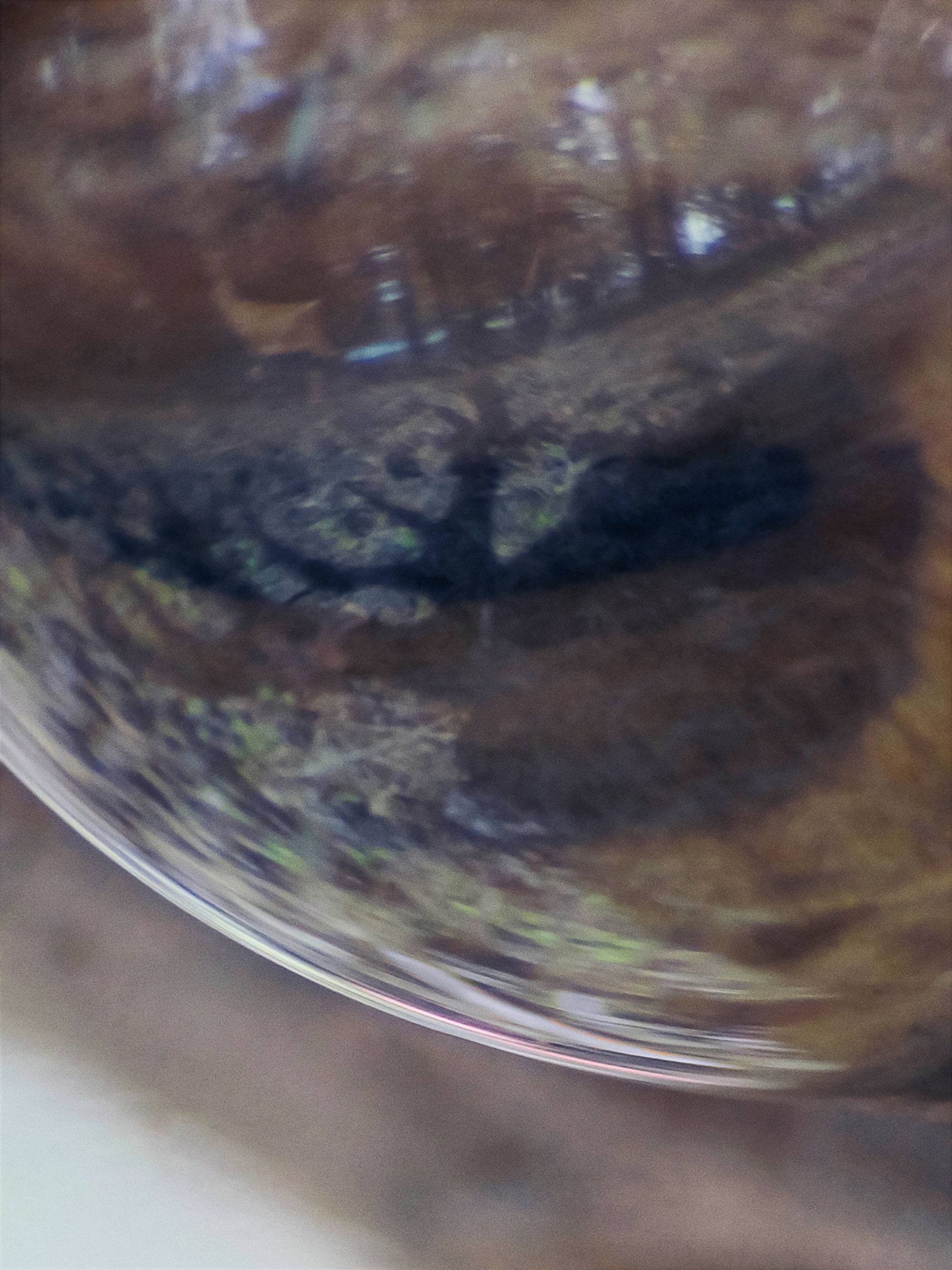 Objects in Mirror Might Be Closer Than They Appear

Objects in Mirror Might Be Closer Than They Appear is a collaboration between Julian Charrière and Julius von Bismarck. This project was shot in the Exclusion Zone, an area stretching 30 kilometers in all directions centered on the Chernobyl Nuclear Power Plant whose explosion in 1986 rendered the land uninhabitable. The series is an excursion into the “involuntary park” which this region has become––a glimpse into a non-human space overrun by wildlife and forest as seen through the perspective of a living deer made possible by mounting a camera onto a deer’s antlers and directed towards its eye. What is then seen is the reflection of the landscape onto the animal’s retina: a mixture of an invisibly decaying but thriving natural ecosystem and the ruins left by the humans that once dominated this space, rejected infrastructures of a forgotten nuclear past. The deformed image, a direct product of the curvature of the animal’s ocular perception system, serves as a metaphor to an altered present, an altered environment in which these animals now live. These images dialogue within the piece with found footage of the first spacial mission, the subjectivity of the astronaut looking at the earth from above directly responds to the subjective perspective of the deer itself.